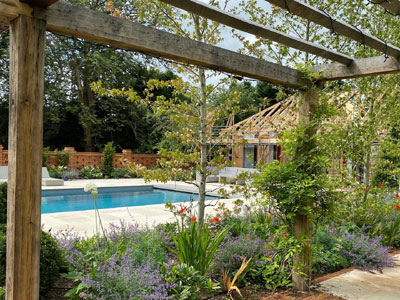 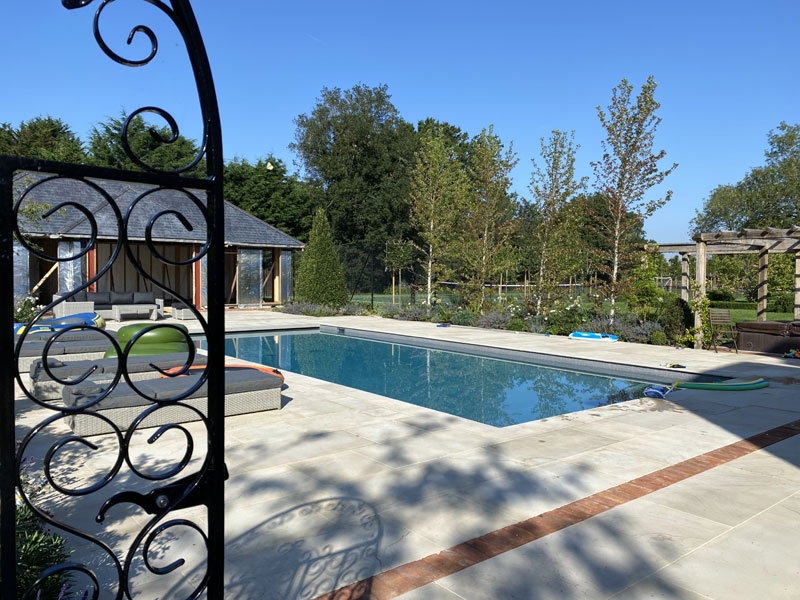 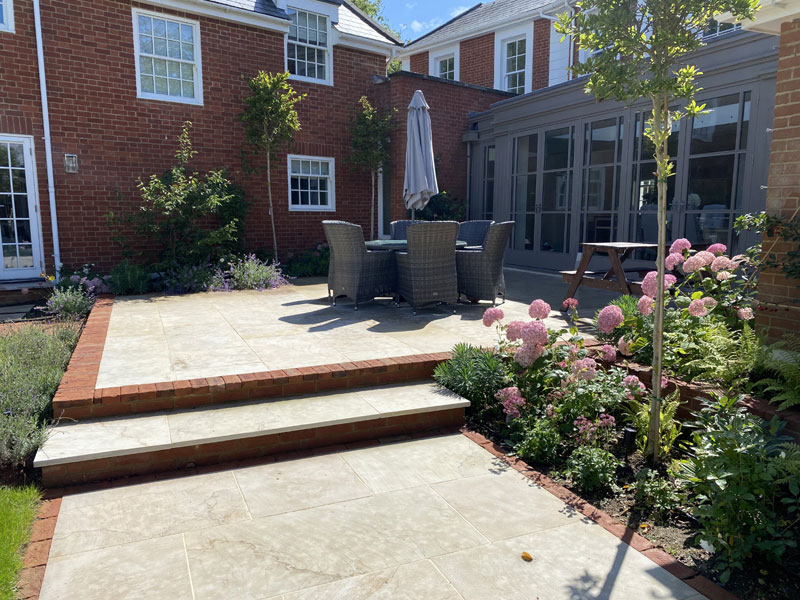 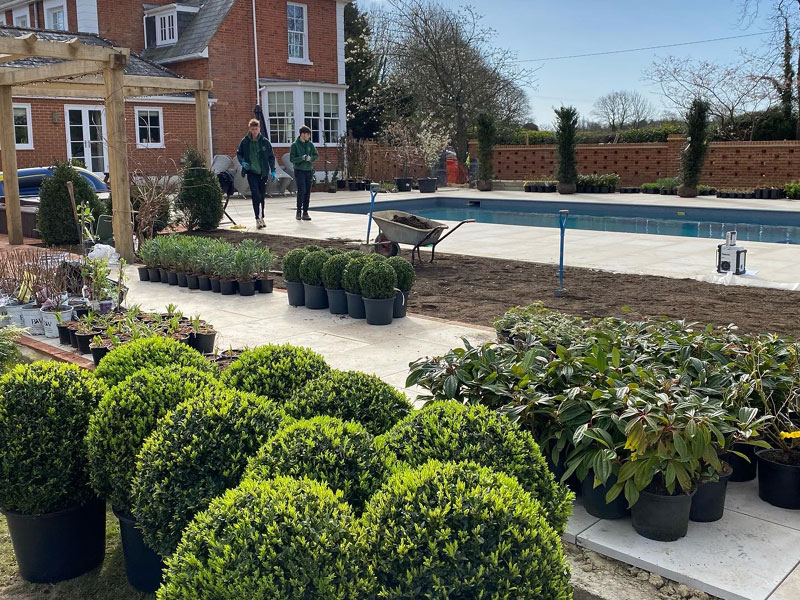 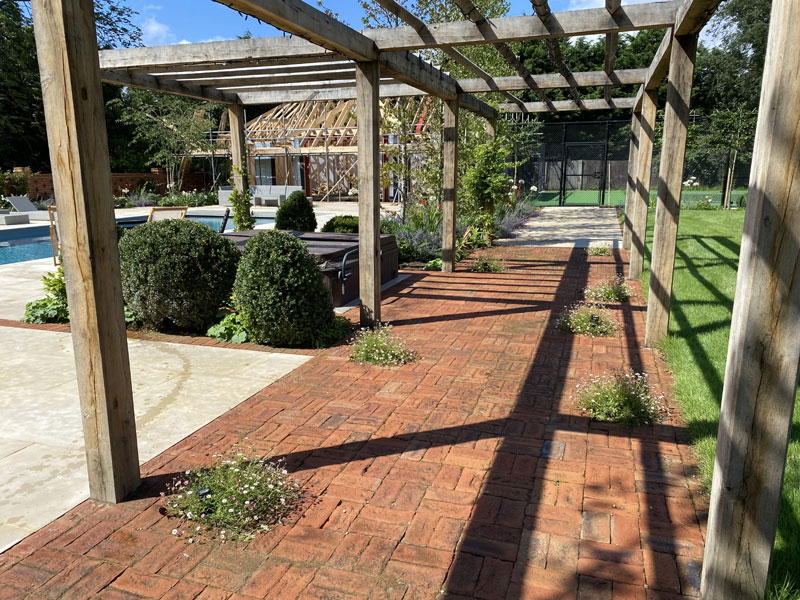 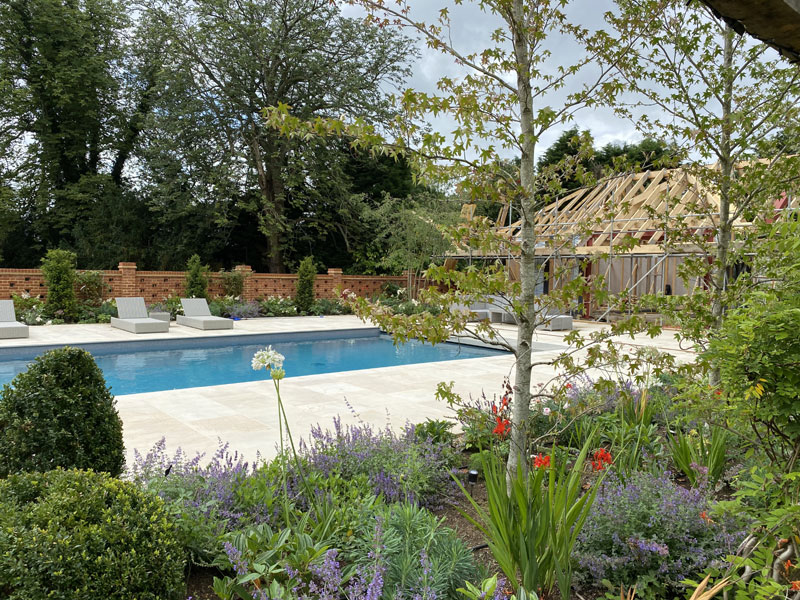 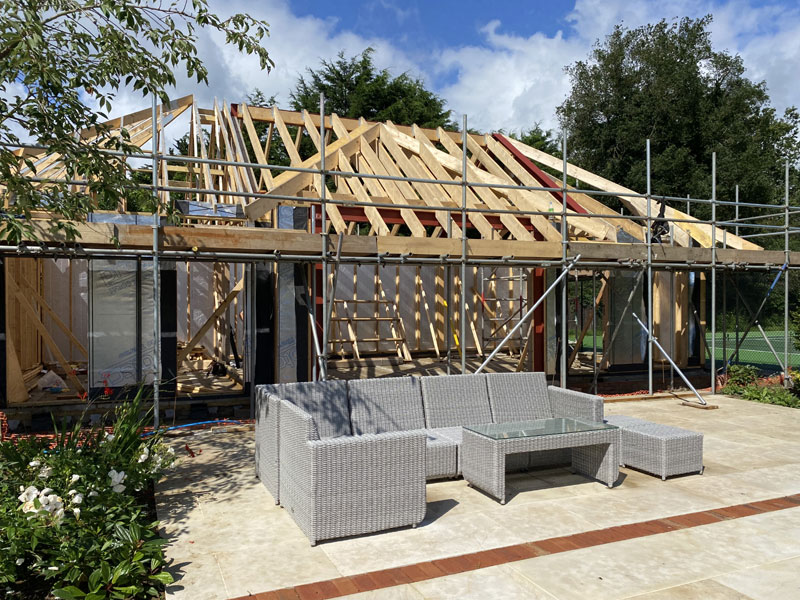 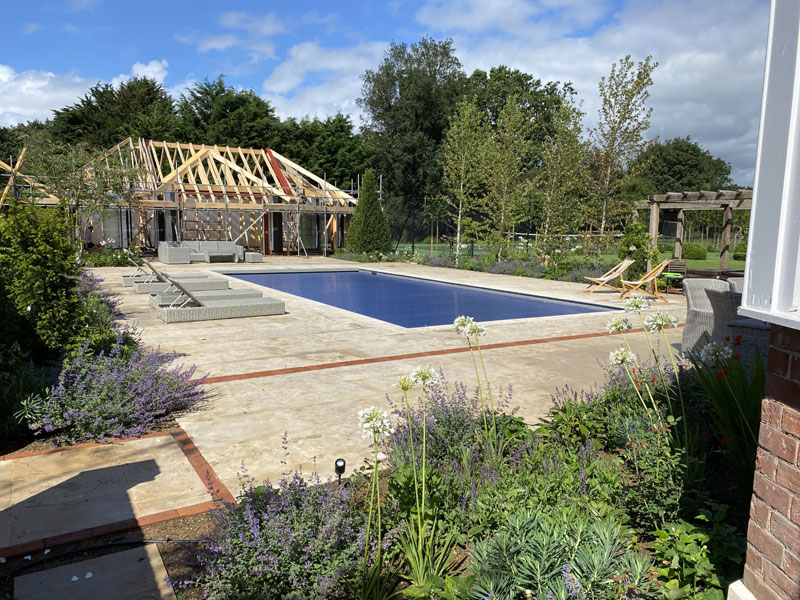 This country garden in Sussex includes the largest summerhouse I've ever incorporated in a design, requiring planning and building regs for the complex construction. The new swimming pool is thirteen metres by five metres, with an automatic cover, allowing scale and proportion for both the building and the large terrace. We hope to complete the surrounding gardens by the end of the year and are currently planning our schedule to add hundreds of tulips. Herbaceous planting has been underway over the summer. At the outset, I brought in large, mature Liquidambar trees to give the garden - previously just a large empty lawn - a sense of longevity. The wonderful pyramid Carpinus came from Griffin Nurseries, along with the mature flowering cherry outside the summerhouse. Planting the wide borders with a combination of structural and herbaceous plants has provided the garden with a blowsy romantic feel where roses, nepeta and lavender soften the straighter lines of the landscaping. The summerhouse will be used for entertaining, as a gym and a pool changing and showering area. The ceiling is vaulted and the doors and window colour and style links back to the orangery of the main house.

The brick wall was built to a bespoke design, including missing brick spaces to avoid the feeling of being too enclosed. The lovely gates also give glimpses to the front of the house. The larger gate came from a reclamation yard - Dortons in Burgess Hill - and John at Reddick Forge copied it exactly for a smaller version.

The client had seen a similar oak pergola at a hotel in the New Forest, so an oak structure has been built, leading from the house to the tennis court. The path is laid in brick pavers - which also run across the large terrace to break up the paving. Concrete drain squares have been inserted into the path and planted up with Erigeron daisies to soften the hard landscaping. The bricks and pavers were especially chosen to link back to the bricks of the house and they're used in the Summerhouse construction too.